The afternoon started with a loud clap, that of what seemed to be cracking thunder.  As Oldest described it, “It was as if I watched it all happen in slow motion.”  Isn’t that how accidents seem to happen?  You’re aware of what’s taking place, but it all seems surreal, as your eyes try to take it all in.

Earlier that morning, I had moved all of our outside chairs and hanging flower pots close to the exterior of our house, into a corner that is rarely bothered by high winds and rain.  Living on the East Coast, I was doing what I could do to control the negative effects of flying objects from Tropical Storm Andrea.  While not being directly on the Coast, the wind and rain from these hurricane season storms can definitely cause the inland some damage.  One weather report had stated that our area was to endure heavy rain, with gusting winds of 35-45 miles per hour.  Moving patio chairs and garden objects that had the potential to behave as though they had sprouted angry wings just seemed like a smart thing to do.

The rain came, but not the torrential downpour that I’d thought we would receive; however, it was a long and steady rain.  The wind gusted here and there, but not the threatening wind that forces me to sit within an interior room with no windows.  I thought that I was prepared, but some events are out of one’s control ~ they just happen.

While I was attempting to organize a disorganized laundry-room, Oldest broke into her best rendition of, “Mom, Mom, come here quickly… hurry up!”  These words usually equate to me finding evidence of digestion gone-bad, thanks to Scruffy.  He still likes to get into food that he shouldn’t have, and it still likes to disagree with him.  This call for my attention had nothing to do with the Scruffster; it had to do with our backyard.  Our garden was sporting a whole new look!

In an instant, our garden had gone from this ~

For those of you who know me, you’re probably wondering what set of 4-letter words  that I strung together.  You’d be surprised ~ my words were, “oh, my!”  The rain was steady, the wind wasn’t freakishly strong, and the tree had all signs of being healthy ~ Oh. My.  It’s all I could say.

On went my raincoat, and up went the umbrella ~ I had to go out and walk the yard; survey the damage, so to speak.  The peaceful Dogwood that sparkles at night had taken a direct hit; it was hard to tell where the damaging tree stopped and where the Dogwood started.  All I could see was a jumbled mess of leaves and branches.

While taking in the new garden, I was afraid to look into the center.  The center is where we have placed Freida’s bird bath.  It’s one of those sentimental objects; it belonged to my husband’s mother, Freida.  She had searched tirelessly, for just the right one, and it had been in her garden, for as long as my husband could remember.

Looking at the size of the branch that had fallen, there was absolutely NO possible way that this treasure could have survived.  Again, I uttered the words, Oh My.  Along with the Dogwood, our Shepherd’s hook that usually holds two hanging plants (plants since removed, due to the impending storm) had also taken quite a beating.  What was once an evenly balanced piece of iron, was now a tangled question mark gently holding the bulk of the fallen branch, that was within inches of crushing the treasure.

Of all things… how symbolic is it that a Shepherd’s hook kept so much from being completely destroyed.  This scene left me wondering what my Shepherd’s hook looks like.  The one that is used to keep danger out of my way ~ well, I imagine that it’s a gnarly dented mess.

It is totally understood that a falling tree, into one’s garden, is a very, very, very small event in the whole scheme of life.  Years ago, I might have said a bit more than , Oh My.  For now, I am thankful for quick-acting and friendly neighbors who called a tree-cutting service, right away;  HUBS , who came home from work and sawed and removed branches in the rain, to preserve what wasn’t damaged; a twisted piece of metal that reminded me of how protected we are, by the unseen Shepherd’s hook ~ the one that guides and protects us, daily.

16 thoughts on “How Do You Envision Your Hook?”

A One Word Resolution… 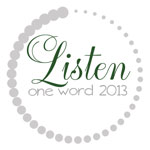 Copyright Carol H. Rives 2022
All Rights Reserved.
No portion of this blog and its
content may be used or reproduced in any form,
without the prior written permission of Carol H. Rives,
author of Pause and Smile.